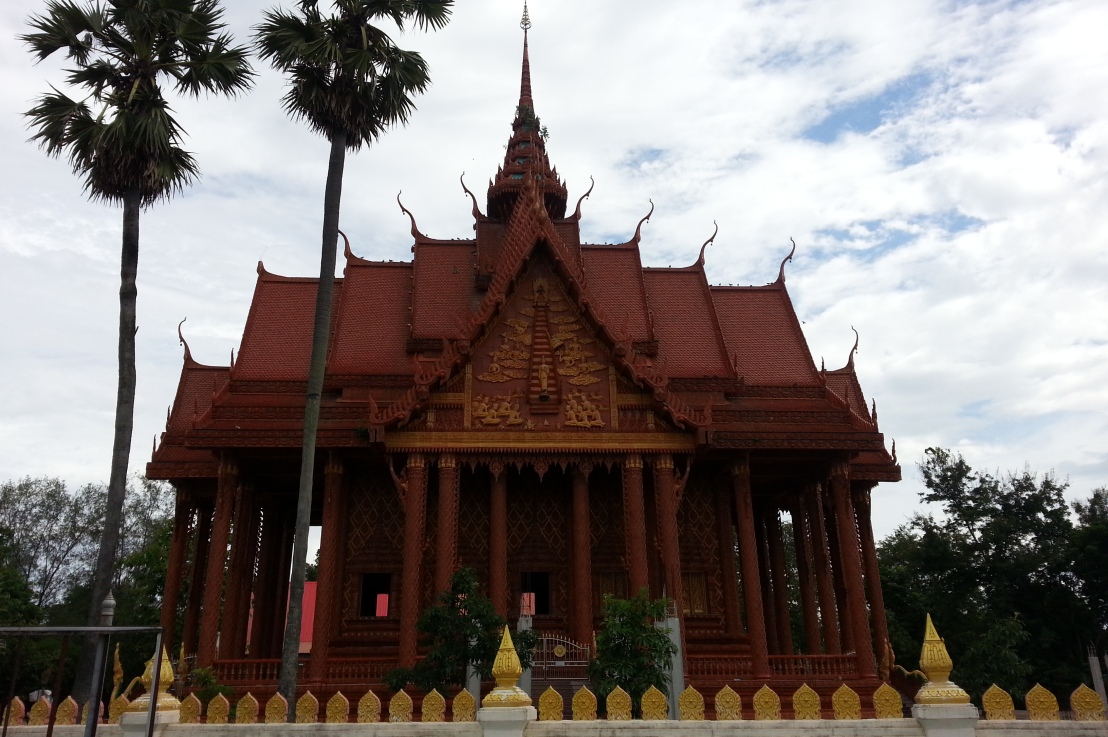 When starting our investigation into the Buddha Dhamma  (the Buddha’s teaching, Universal Law, Dharma in Sanskrit) we have to cut through all of the cultural and indigenous baggage that it has acquired as it has traveled though Asia and beyond.  So as I mentioned in my last blog we need to first get to the core of the Buddhist teachings.  When you look at all of the common teachings from all Buddhist styles it is safe to say that these are the core teachings.  This does not mean that if something is not a core teaching that it is incorrect or somehow heretical.  The Buddha taught that something is true because it can be proven to/by yourself to be so.  So if there was something that he did not teach in no way did he imply that it was not true just be virtue of his omission of that teaching.  A lot of people think that many of the later styles of Buddhism, in particular Tantric or Vajrayana, are somehow heretical because they think the teachings that they encompass did not appear in the earliest Pali (the common language that the Buddha spoke) scriptures.  They also claim that many of the Sanskrit scriptures had to be written at a much later date (after the death of the Buddha) for mainly the same reason.  I do not agree with this and feel that if you truly look you can find the beginnings of these later ideas in the earlier scriptures.  Shunyata or Emptyness is a good example and we will talk about this in the future. These thoughts were then developed by later Buddhist thinkers from which these later schools sprang.

If you take any teaching you can use the core teachings as scale or measure to correlate them against.  If they are found to follow principles set out by these core teachings than in my opinion they can be thought to be true.  This establishes the importance of getting a good understanding of the core for reference.  As this can be used as a guide in your Buddhist journey and help keep you grounded.  It does not usually take  a long period of time for someone to prove to themselves the truth of these basic ideas of Buddhist thought.  Given some deep thought and consideration the truths that they outline can be seen clearly. The one warning I would issue is that you have to be sure you truly have a grasp on the idea that you are questioning before you can determine if it has merit or not. In other words be sure that it is the idea that does not seem to be true and not just your lack of understanding of the idea. I have always found that certain ideas or concepts I would understand very quickly and others did not make any sense to me at all.  What I had to realize is that these ideas cannot be judged to have no merit or be untrue just because I have no understanding of them.  In fact what I have always found is that anything that I had difficulty with at first would one day suddenly be clear.  This continuing evolution of thought from confusion to clarity had the side effect of greatly increasing my faith in the Dhamma.  It always turned out that what was lacking was my own understanding and not some failing of the Buddha’s teaching.  After going through this repetitive cycle many times I eventually got to the point of not doubting what I couldn’t understand.  I knew in my heart that in time the understanding would come.  All I needed to do is be patient and wait for that time.

To support this idea of using the Dhamma itself as a measuring stick we can look at an early Buddhist scripture, the Maha-parinibbana Sutta.  This Sutta (sutra in Sanscrit) details the events that led up to the Buddha’s death.  In his final hours his closest disciple Ananda is very upset and confused about who should teach and lead the Monasitic order after the Buddha’s death.

“Now the Blessed One spoke to the Venerable Ananda, saying: “It may be, Ananda, that to some among you the thought will come: ‘Ended is the word of the Master; we have a Master no longer.’ But it should not, Ananda, be so considered. For that which I have proclaimed and made known as the Dhamma and the Discipline, that shall be your Master when I am gone.”

And the Blessed One addressed the bhikkhus, saying: “Behold now, bhikkhus, I exhort you: All compounded things are subject to vanish. Strive with earnestness!

This was the last words of the Tathagata.

(Bhikkhu is the Pali word for monk.  Tathagata is another word for the Buddha.)

So the Buddha is clearly saying that the Dhamma should be the master and the guide to follow after his death.  So I believe that we should do as the Buddha suggest and use the Dhamma itself as our guide.   In another sutta, the Kalama Sutta, “The Buddha’s Charter of Free Inquiry” the Buddha also furthers the notion that his ideas could be expanded upon and that totally new ideas could be equally valid.

The criterion for rejection

The criterion for acceptance

It is interesting in this Sutta that the people are complaining there are all these different teachers that all say they are teaching the truth and that others are false (have you heard this before yourself?). The people asking want to know which one is right.  This sets the Buddha up for a slam dunk and you expect him to come in and say that only his teachings are true and that they should all just follow him and not the others.  But he doesn’t do that at all!  Instead he tells them that they can determine which teachings are true by themselves!  He does not even offer any of his own teachings to counter what the other teachers have taught.  He says “when you yourselves know: ‘These things are bad; these things are blamable; these things are censured by the wise; undertaken and observed, these things lead to harm and ill, abandon them.” “If these things can be observed to lead to benefit and happiness then enter on and abide in them.”  This is huge! Truth is measured by self proven truth instead of  blind faith or fear. He is totally confident that these people will see the truth of his teachings on their own and there is no reason to put down or berate the others.

So follow the Dhamma and let it be your guide.  If you have doubt about any teaching give it time and maybe at some point the light of understanding will be turned on.  Do your own research and read the original scriptures yourself. This will strengthen your resolve in your own practice and each time you begin to understand what you could not see before it will cement your own faith in the Dhamma.

“Shin ku myo u” – “From true emptiness a wondrous being appears”

“If you are depressed you are living in the past.

If you are anxious you are living in the future.

If you are at peace you are living in the present.”
Lao tzu

“Kyakka Shoko” – “First examine the area at your feet”

Ikken Tasho – “One fist helps many people out of trouble”